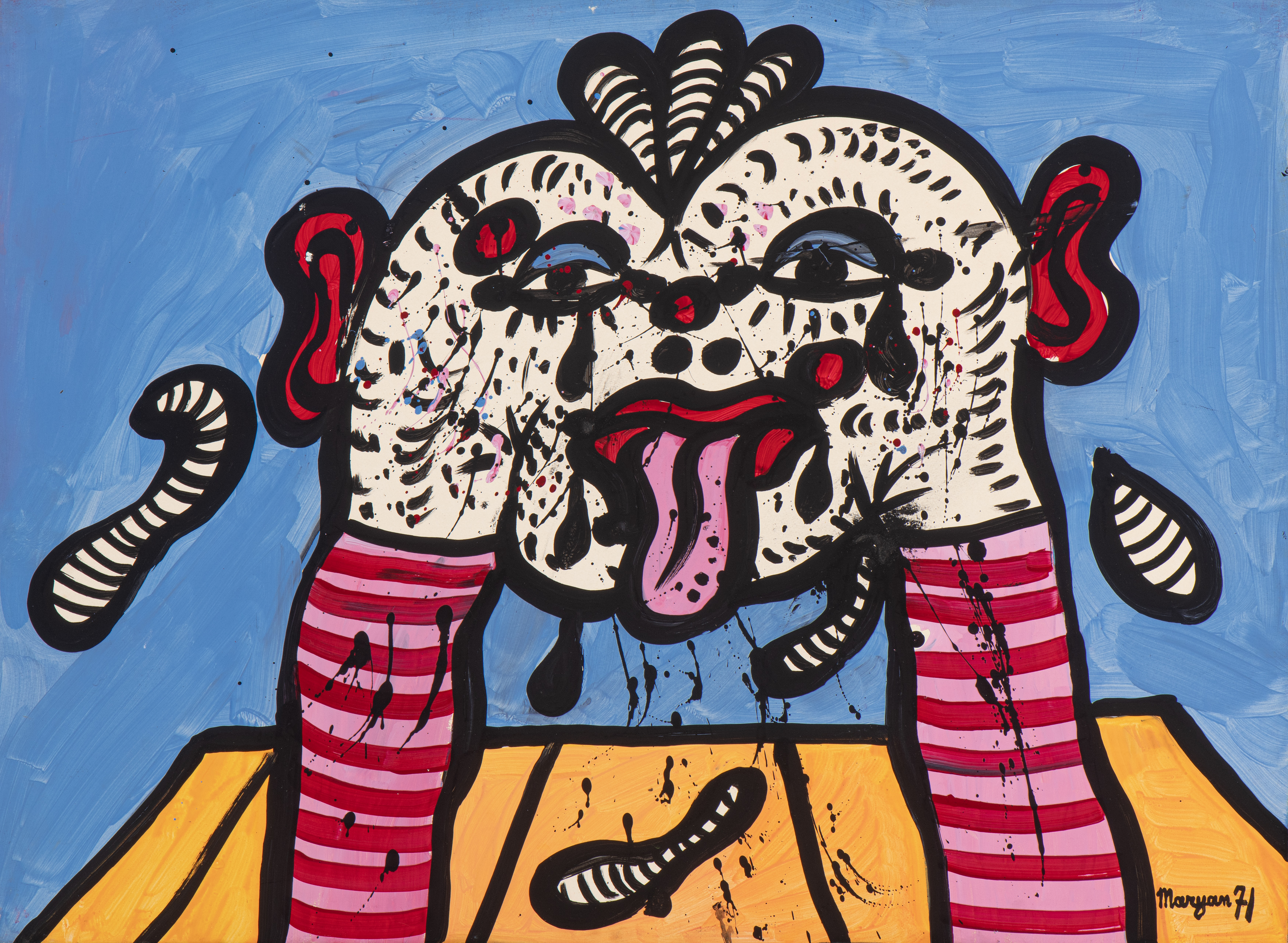 The demand was high for works by the Dutch modernists. The beautifully balanced painting 'In de schijnwerpers' by Kees Maks, Dirk Filarski's expressionist mountain landscape, and a flower still life by Kees Verwey sold for almost three times the low estimates.

Works by David Hockney broke record after record on the international art market in the last years. His large etching 'Cacti on Terrace' in our auction followed this pattern and achieved the resale price of €22,896 finding its way back to America.

There was great interest in the works by Polish artists, for which Adams holds a strong position within the Netherlands. Both works by Maryan were in great demand - his work on paper and the painting raised €48,336 and €35,616 respectively. A large folklore portrait by Władysław Jarocki sold for €6,360.

Several other works achieved great results as well, including the complete portfolio 'Geprägte Strukturen' by Jan Schoonhoven (€21,624), 'The Supermodel' by Marlene Dumas (€10,176), a painting of the Havenpoort in Zierikzee by Suze Robertson (€5,852) and a Dutch winter landscape with skaters by Jan Jacob Spohler (€13,992).

With great enthusiasm, we look ahead to the next NRC auction, NRC19, which will take place in June 2023. It is already possible to consign for this auction.